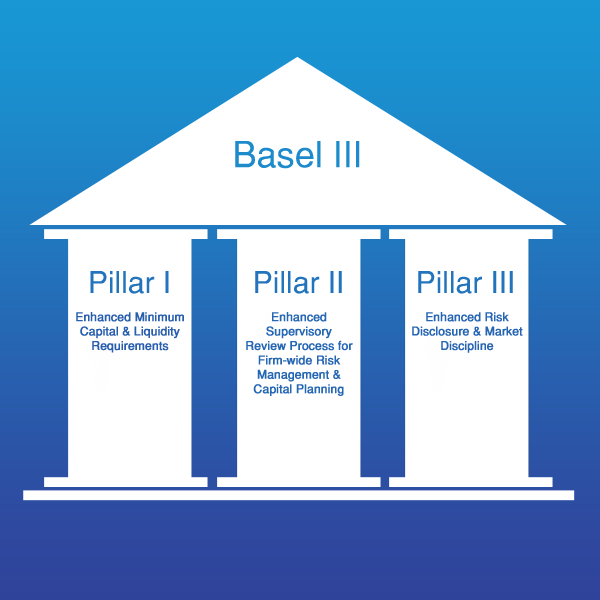 Basel III is a regulatory framework that includes a number of laws and reforms that are designed to make changes and improvements to the regulation, supervision, and risk management of the international banking sector. In this article, I will consider a few of the changes coming as Basel III is implemented.

Basel III was first published in 2009 and it gave banks three years to satisfy all of the requirements published in the statement. There were many different regulations featured in the document, but the most important ones focused on leverage ratios and establishing the minimum capital requirements criteria.

This new Basel III was created by Group of Twenty or G-20, which is an informal gathering of many of the world’s largest economies, and its implementation is being monitored by the Financial Stability Board.

One of the main purposes behind the implementation of the Basel III was to make an improvement to the major flaws in the banking sector that were revealed by the financial crisis of 2007 and 2008.

Even though the document was released in late 2009 and given a 3 year period for implementation it has been extended two times. The current date for its implementation is January 1, 2022.

Basel III regulations include several important changes for the capital structure of a bank. The amount of equity as a percentage of assets made an increase from 2% to 4.5%. Additionally, a 2.5% buffer is required which means that the total equity requirement will reach 7%

Criticisms regarding the Basel III implementation are based on the supposed dangers that it will slow down the number of people looking to invest in the offshore banking sector and make damage to economic growth.

A study revealed that implementing Basel III would most likely decrease annual GDP growth by 0.05% to 0.15%. Also, the American Banking Association argued that it would hurt small banks by making an increase to its capital holdings on mortgage and SME loans.

Whether it is going to be beneficial to the offshore banking industry or detrimental remains to be seen, after all, these are all speculations. What is known at this point is that there are still some regulations featured in the document that should be improved.

The consistency of implementation with some Basel standards should be improved a vast amount if it wants to proceed. Further improvements should be made to the risk-based capital framework, liquidity coverage ratio, and net stable funding ratio and large exposures framework.

In a sense, the Basel III is itself a major victory even before its implementation as it combined the forces of all major jurisdictions from every corner of the world to work together to draft a document that would please all and make the international banking system much stronger.

You can expect greater market integration, research for potential areas of growth, enhanced international cooperation, and greater flexibility to address both local and worldwide concerns in the industry.

Basel III is made up of three pillars: Pillar 1 defines what capital is eligible and which one is not, it also defines the method for calculating the minimum capital requirements for credit, market, and operational risks.

Pillar 2 mentions the supervisory review process that makes sure that banks have enough capital to back up all of the risks and enough resources to be able to manage them. Pillar 3 covers the minimum disclosure obligations for banks.

The previous success of the last two Basel systems gives us a clear and positive view of the road ahead. Many controversies have arisen in the last few years involving the banking industry and the implementation of the Basel III could help revive some parts of the world that were most affected by these controversies.

Such is the world of banking that a system to implement safety can be born out of a financial crisis in 2008 and still be relevant to the Panama Papers and the discovery of illicit bank accounts in the Cayman Islands.

I hope you’ve found this article on Offshore Banking Basel III implementation to be helpful. For more information, or for assistance setting up an international bank, contact us at info@banklicense.pro