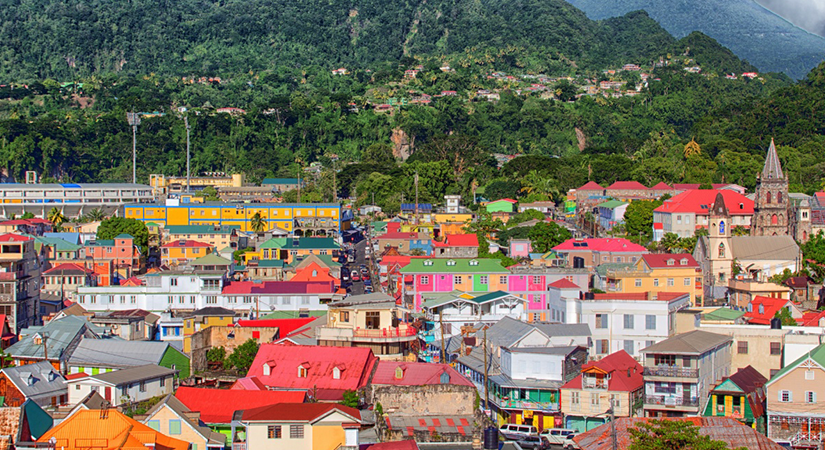 Dominica is one of the least well-known jurisdictions located in the Caribbean. Its prime location within the central islands makes the country a great spot for foreign investors who wish to start an offshore bank from an inexpensive country with a ton of potential.

Like many other countries in the Caribbean, Dominica offers tax incentives for foreign corporations who wish to set up an offshore bank or an international financial entity. Dominica offers everything the Cayman Islands, the Bahamas, St. Lucia and other Caribbean countries do, but without the strict regulations and long waiting periods.

Strict regulations and a demand for transparency by financial authorities have made the offshore banking industry lose its steam in the past years, but Dominica has taken advantage of this and has advertised its focus on privacy as one of its main selling points for international financial entities.

In Dominica, financial authorities only have access to bank information in specific situations and only under suspicious of tax fraud or other related crimes. Still, in those cases where authorities demand to look into the bank accounts of a client or corporation a court order needs to be present for the search to take place.

An offshore bank license in Dominica exempts you from all taxes and duties associated with the offshore banking industry in the country. While conducting business in Dominica, you are not allowed to trade with Eastern Caribbean Dollars.

Offshore corporations who wish to operate under the guise of trust are exempt from Dominican taxation on offshore trust businesses that are being carried on from inside the country of Dominica.

Dominica also has the added benefit of not having any double taxation treaties written in their constitution and having English be the spoken language of the country. Dominican law also does not require offshore banks to publish annual reports for an international financial entity.

To establish an offshore bank on the island or an International Financial Entity you require at least one director and one shareholder. The director or shareholder can be an individual or a corporation.

To bring jobs and money into the country, the director or shareholder of the international financial entity may qualify for a second passport or citizenship on the island of Dominica.

You are not required to hold annual general meetings in the country, they can be held anywhere. It is not required for the shareholders or the directors to vote in person in said meetings, they can vote through a third person or even online.

Your international bank in Dominica may function as an International Business Company, not necessarily as an LLC. You must keep accounting records inside the country or in any other part of the world, what best benefits your situation.

It is not mandatory to be a resident of Dominica to become the shareholder or the director of a company in the country, but it will make things easier for you and will be beneficial for the company as authorities will see you with better light.

Dominica has one of the lowest capital requirements that you will find in the Caribbean. Dominica allows you to obtain an offshore bank license with just one million US dollars in capital.

● Puerto Rico’s minimum capital for the permit to organize is $550,000. However, it reaches $2.5 million and $5 million after a few years of operation. Also, total capital is negotiable with regulator based on your business model and paid-in capped at $5 million by statute.

Still, obtaining the necessary capital to operate is not the hard part. The hard part is getting a corresponding bank partner. This is mandatory in any offshore banking jurisdiction and it is getting harder and harder for American banks to cooperate in this matter.

We can help you obtain a corresponding bank partner, but first, you will need to have a concrete business plan that explains every detail regarding your operation. I also highly recommend that you memorize Act 8 and Act 10 which stipulates the guidelines regarding offshore banking in the country of Dominica.

Act 10 was added in 2015 as an amendment to the Offshore Banking Act that was originally drafted in 1995. Among the many things that the new act did was modernize the laws and define transparency and secrecy laws that govern the banking industry in Dominica. It also defined the term financial secretary.

A financial secretary is a person authorized under this law to assist any relevant person in the discharge of his duties who shall not disclose any information relating to any application by any person under Act 10 or to the affairs of a financial institution which he has acquired in the performance of his duties.

As you will see from reviewing these documents, there are a ton of rules that need to be followed in order to begin operations in Dominica. A good law firm specializing in international business and banking should be part of your team since the inception of your project.

I hope you’ve found this article on the offshore Banking in Dominica to be helpful. For more information, or for assistance in starting a bank in Dominica, contact us at info@banklicense.pro